In this workshop, participants will learn how to create their own online quiz using the Scratch programming tool. This quiz will be designed with multiple-choice answers so that users can simply click on the displayed answers to choose the right one.

The goal of this tutorial is to create a quiz involving multiple questions and answers. These will appear on the screen and the player will have to click the button corresponding to the right answer.

We will first create a backdrop. Choose the backdrop in the bottom right of the creation screen.

To make a question, create a new sprite by hovering over the icon near the bottom right of the screen and then clicking on ‘Paint’. 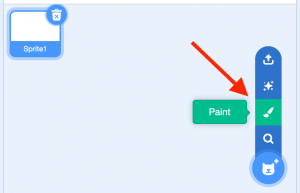 The question will be one of the sprite’s costumes. Under the ‘costumes’ tab, click the T icon to add text. Then write a question and three possible responses (only one should be correct). Name the costume ‘Question 1’. 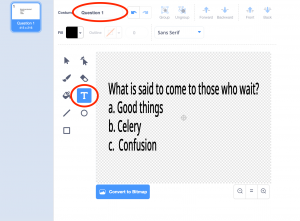 Add as many questions as you want by adding more costumes to the same sprite. To do this, stay under the ‘Costumes’ tab and go to the icon on the bottom left.

As before, write a question using the text tool and rename the costume. 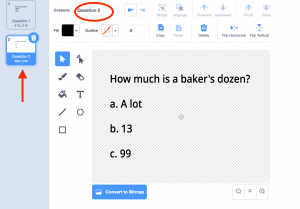 Now you need to create two costumes – ‘true’ and ‘false’ – this time by using coloured text (so that true and false are different colours). In this example, the questions are black, true is green and false is red.

Click on the sprite. Under the ‘Code’ tab, copy the below blocks. These will start the game with the right question and will stay there until someone chooses a, b or c.

Code explanation: when the green flag is clicked, the sprite changes to the costume ‘Question 1’ and so the first question appears. The script stops until the player press a, b or c on the keyboard. Now the connection needs to be made between the key pressed and the right answer. Add the following blocks: 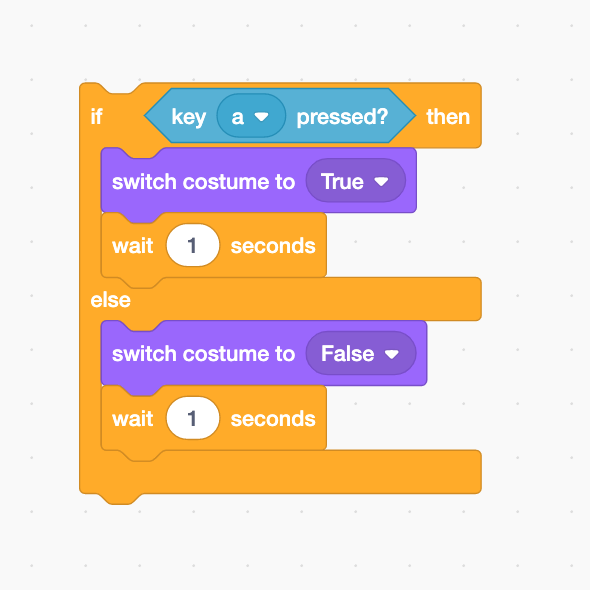 Code explanation: if the player press ‘a’ (the right answer in this example), the costume changes to ‘true’ and stays in this state for 1 second. If the player chooses either of the other 2 possibilities, the script changes the costume to ‘false’ and waits 1 second. Integrate the code you have written so far to finish the first question. 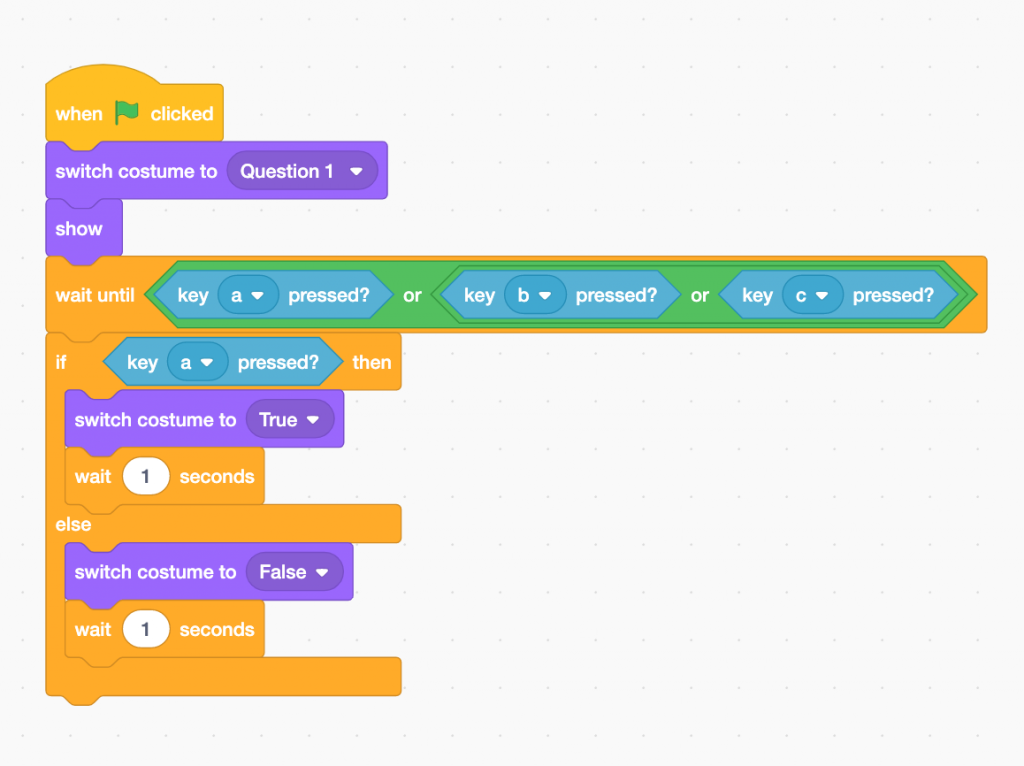 The code for the second question is identical to that of the first, except that this time the correct answer is b. The blocks to be used are as follows:

Add these the previous code and add the extra blocks so the second question is displayed, as follows: 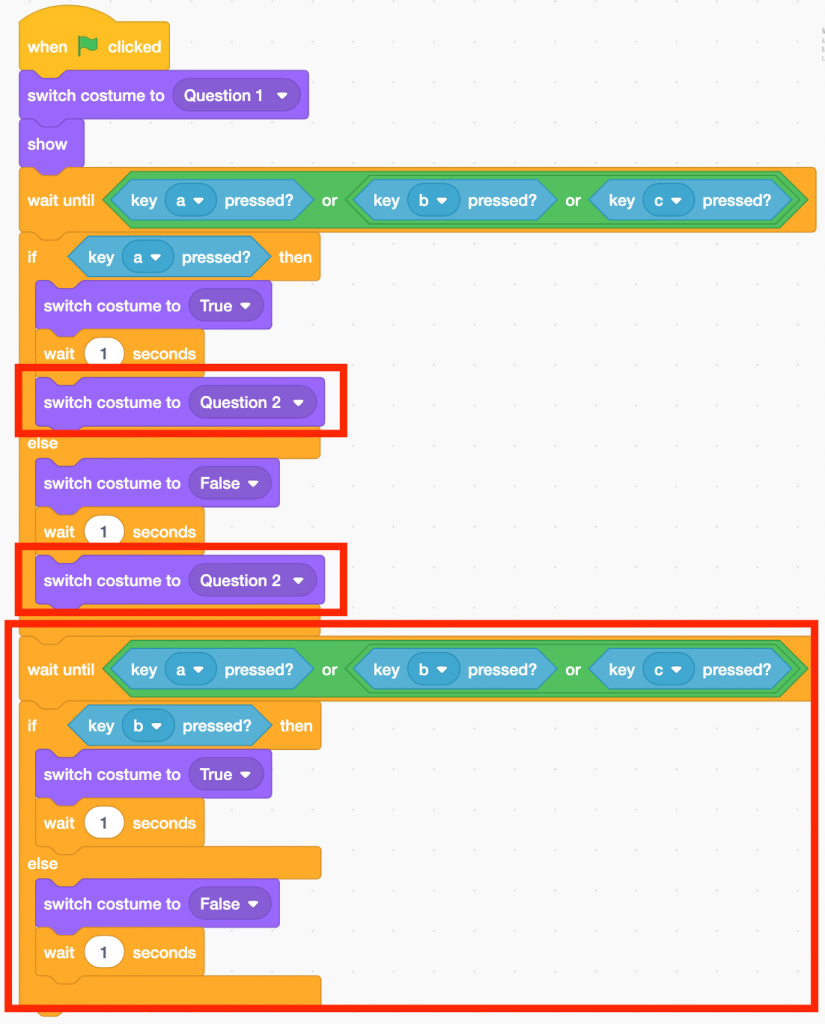 Code explanation: after waiting 1 second, the computer will display the second question. It will wait for the player to choose 1, 2, or 3.

Some tips to improve the game: