To program this game, we will use the Scratch platform which has the advantage of using visual code: no need to learn a programming language to build your own games and videos !

We will program a game in which a snake is controlled and the goal is to eat apples. Every time that a fruit is eaten, the snake grows. If the head of the snake touches the body or the edge of the board, the game ends. 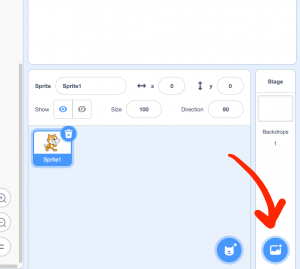 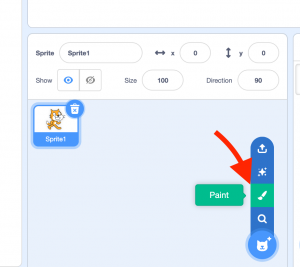 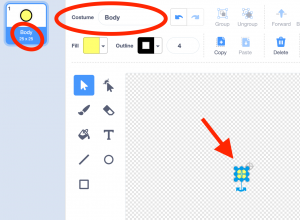 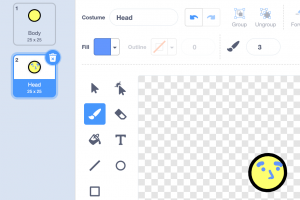 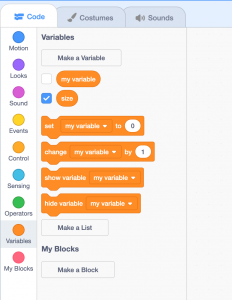 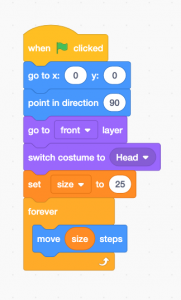 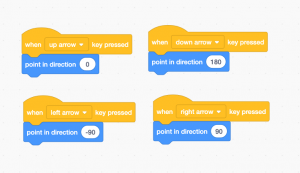 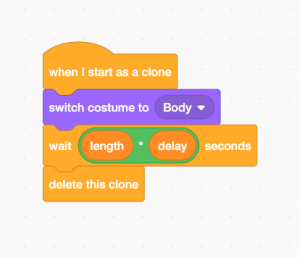 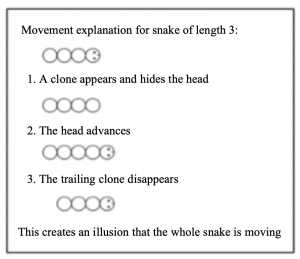 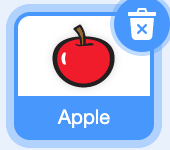 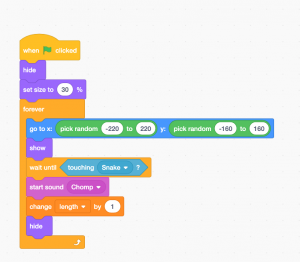 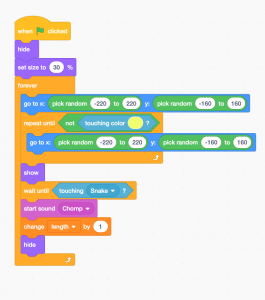 The game ends when the head of the snake touches the edge of the stage or when it touches its own body. Change the snake’s script as follows: 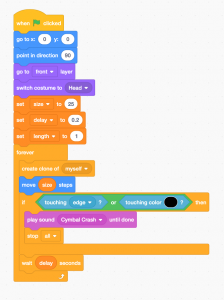 Explanation of code: after the snake moves, the game tests whether the edge or the yellow colour is touched. If either of these is the case, the crash cymbal sound effect is played and all scripts are stopped. Note that here we use the colour ‘black’ is this is the colour we chose for the outline of the snake. Note also that you need to match the colour coordinates exactly with the ones you used for the costumes.

Possible improvements to the game: