This workshop will allow participants to learn how to detect manipulated images. The idea is for them to know when they are manipulated by false information, at the end of the workshop they should be able to identify thoses images.

This workshop is focused on discussing particular images with participants. With each image, they will need to say in a limited time whether the image is real, has been altered, or depicts false information.

Facilitation tips: This activity relies heavily on a range of images to show to participants. The facilitator may therefore adapt the activity according to the audience. This will require some time for research. You can find a number of suggested images in the resources below. They can be used with any audience, but you can extend the activity by proposing other images according to your group. Ideally you would spend 5 minutes per image according to how inspired participants are feeling or how much there is to say about each one. The facilitator could also opt for a game-based method, whereby for example players could use a buzzer for a time-based quiz, or there could be two groups that would need to come up with a comprehensive response before they were told whether an image was real. For more information on Fake news, see the workshop plan ‘Fake News and Other Information Manipulation‘.

In advance, prepare a computer, which will be used to show the images to verify. For some images, group members will need to access them. They will need a computer, at least 1 per pair, and an internet connection or a USB key.

Give the objective and program:

To make the session more lively, divide participants into two groups. Each correct answer gives a team one point. At the end of the allotted time, you – the facilitator – reveals whether the image has been altered and shows the original is so. You can also discuss with participants about their point of view to consider their capacities in analytical thought, the reasons why they got it wrong, the clues that might have led them to think the image was falsified, and their general outlook.

Tell participants that there are ways to manipulate an image’s content which is much simpler than actually photoshopping or doctoring it. That is to take an image out of its original context and link it a recent event. To detect deception, we need to search the first place of publication. Rather than searching every webpage out there, there are several reverse image search engines. We only need to enter an image’s address that we would like to search for and upload. The engine will then give you the list of all the pages on which that image has been published as well as the dates of publication. This vital information allows us to know if the image has been taken out of its original context and reused. Present the following search engines:

Explain how they work using this image: 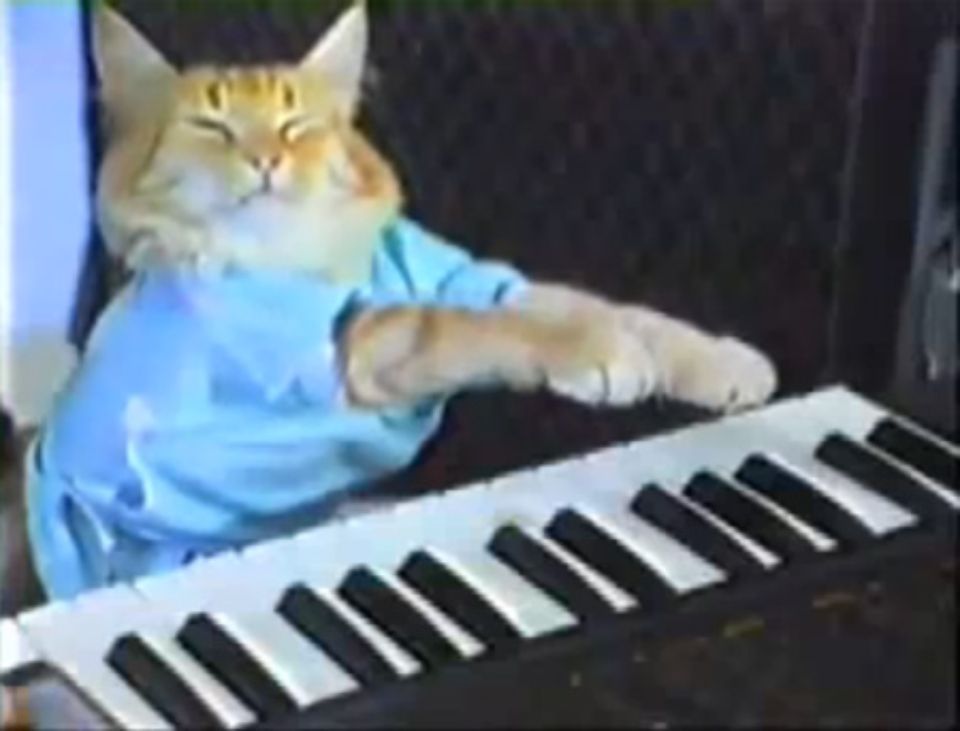 Enter the image’s URL to the search field in tinyeye.com and validate it. The search engine will show a list of sites hosting the image. This list can be sorted by relevance or in chronological order. Once the group understands how to use this tool, it’s time to start the quiz!

Project the first image. For this poorly realised composite, participants won’t need to do any research. Ask them: has this image been manipulated? 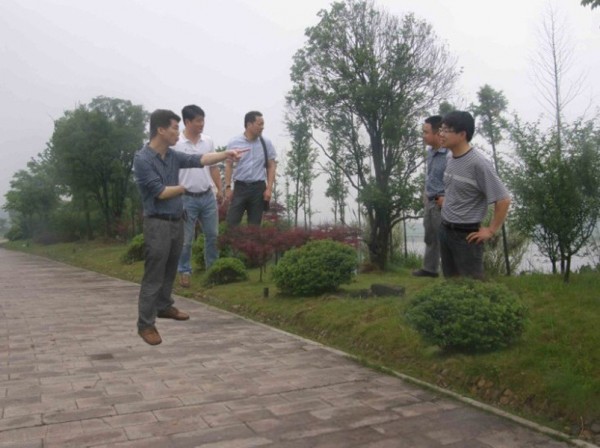 The response will probably be unanimous here. The image has clearly been photoshopped – it is a composite of various images. Ask participants why they think the image is a composite. It could be:

Here, we use ‘common sense’. More simply put, the perspectives are so off that it is obvious that this has been photoshopped. To give some context, this was originally published on the official website of Hangzhou and was supposed to show Chinese state workers inspecting a park. Next show one of the photos used to make up the image: 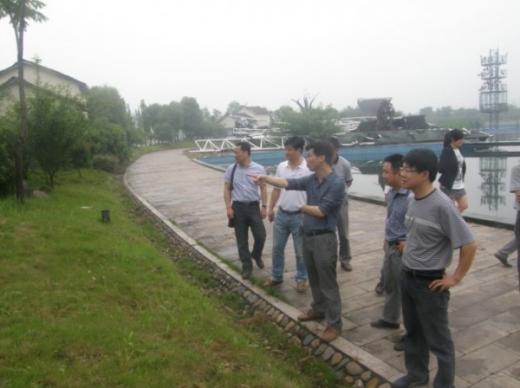 Show the next photo: 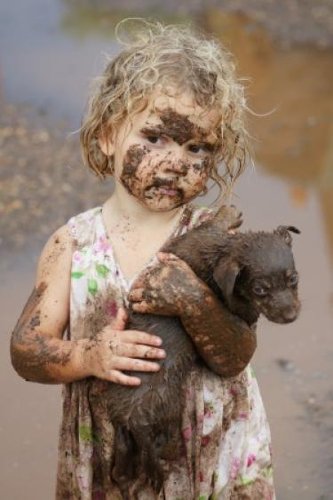 This image was published to showcase victimhood of the Ukraine-Russia war. Ask participants to check if this photo dates from the war in Donbass between Ukraine and Russian separatists that started in 2014.

By entering the photo’s URL into a reverse image search engine, the teams will see that it was published for the first time in 2010, well before the beginning of that conflict. Be aware that when we try to visit the sites hosting the image, we may find nothing. This is expected since, after several years, the sites in question may no longer exist. Despite this, Tinyeye conserves the information in its database regarding when the photo was first published – here. This linked page no longer exists outside of index references.

This one is more complex and has some foreign context to be explained. This is an example of rather successful looking composite. Project the image: 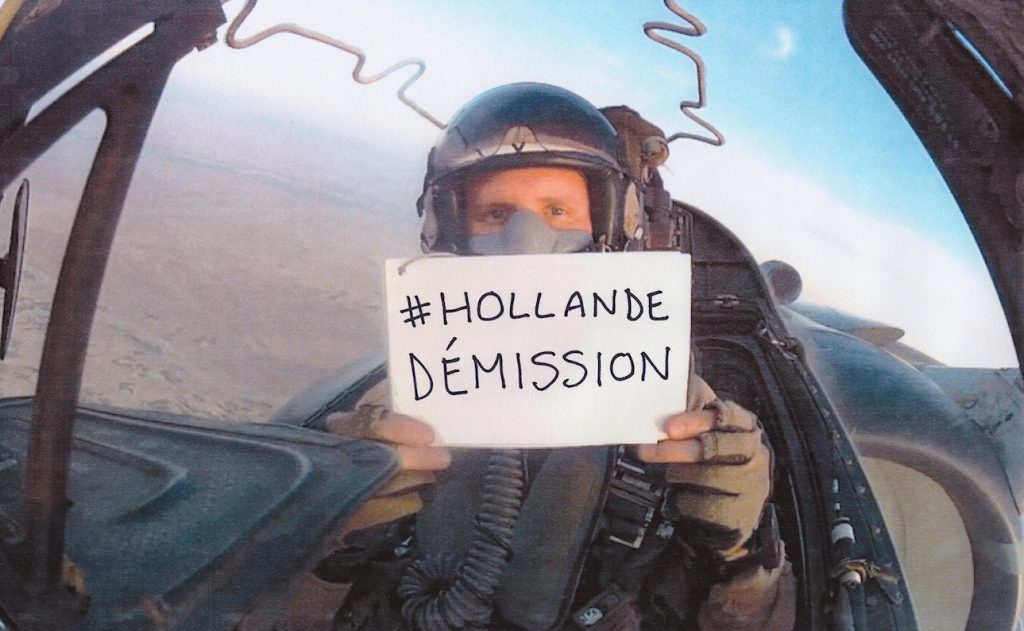 Hollande Démission translates to ‘Resign, Hollande’, in reference to François Hollande, the President of France from 2012-2017. This image, therefore depicting a French military pilot urging the French president to resign, went viral on French social media when it first emerged in 2014.

By doing a search on Tinyeye, we can easily find the original photo and even the video from which that photo was taken: that of an American pilot filming a message regarding the marriage of his brother.

More difficult again: we will now learn to detect a composite by finding two photos used to make one. Project the following: 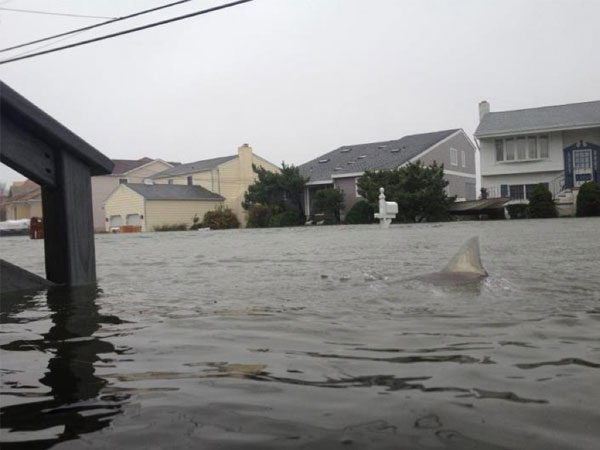 This photo appeared on social media during Hurricane Sandy which struck New York and New Jersey in 2012. It shows a shark going for a downtown wander. Same process here: ask participants to use tinyeye. This photo being a well-known hoax, the first results will be from sources detailing that the photo is a composite.

Sometimes, reverse images searches yield nothing. In these cases, we need to see if we can take clues from the photo directly. Project this photo: 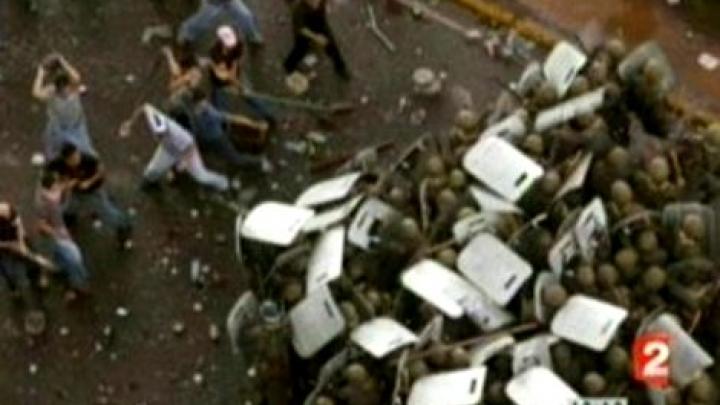 This was broadcast by one of France’s largest TV stations. The scene was said to have happened in Tehran in December. It seems to depict a clash between protestors and police. Ask participants what details they might be able to use to identify the country, the date or the situation. For example:

To test the veracity of this photo, you could show it to any Iranian who would tell you that no one would be walking around in t-shirts in December in Tehran – it’s too cold at that time of year. Participants will likely point out that not everyone necessarily has an Iranian friend. Show them https://www.wunderground.com/ from which you can get historical information on local weather.

Google Maps can also be used to locate the shooting point of a photograph. The teams will need to find where this photos was taken: 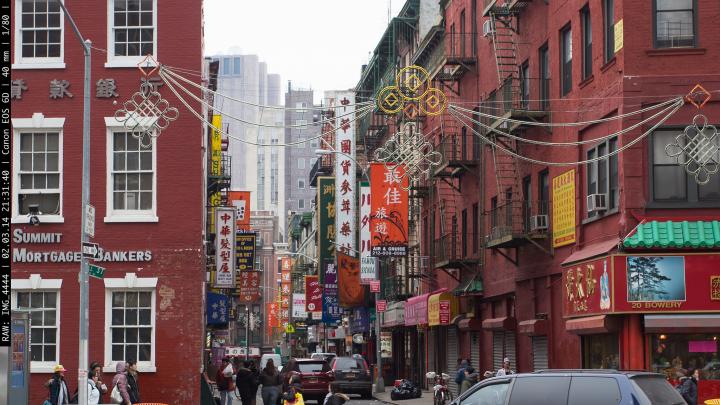 This is how we use Google Maps and Street View for verifying a location depicted by a photograph.

Emphasise that by using Tinyeye is an effective way to check a photograph’s veracity by finding the date and context in which it was originally published. Underline also that one detail in a photograph – an address, a store name – is sometimes enough to find where it was taken.