Each image presents a story, a scene, a moment of life. To understand an image, it often requires a short accompanying phrase. This workshop will uncover the notion that images can have many interpretations and that the caption can influence the meaning of an image.

Every image tells a story, paints a scene or a moment in life. So we can understand the context of an image, it often needs to be accompanied by a short phrase, which we call a caption, which gives some context in a few words. This date on which a photograph was taken or the place an image is depicting. This workshop aims to develop participants’ understanding that an image can be interpreted and used in different ways (often not in the way it was originally intended), depending on the caption associated with it.

Print all the photos in advance (cf. below). If you have a computer and projector, you can display them instead. Make sure you sort them by exercise.

For the first exercise, if you have a camera, you can suggest for group members to go and take picture themselves for which they will then create the captions.

You can complement this workshop with ‘Seeing versus Believing: Identifying Altered Images‘ and ‘Digital Commons #1: Right to Use‘.

Show participants these five photographs, presented without context. For each photo, ask participants to write a caption. They may write a little more than a usual caption might entail: what see and what they feel (i.e. what the image evokes for them). 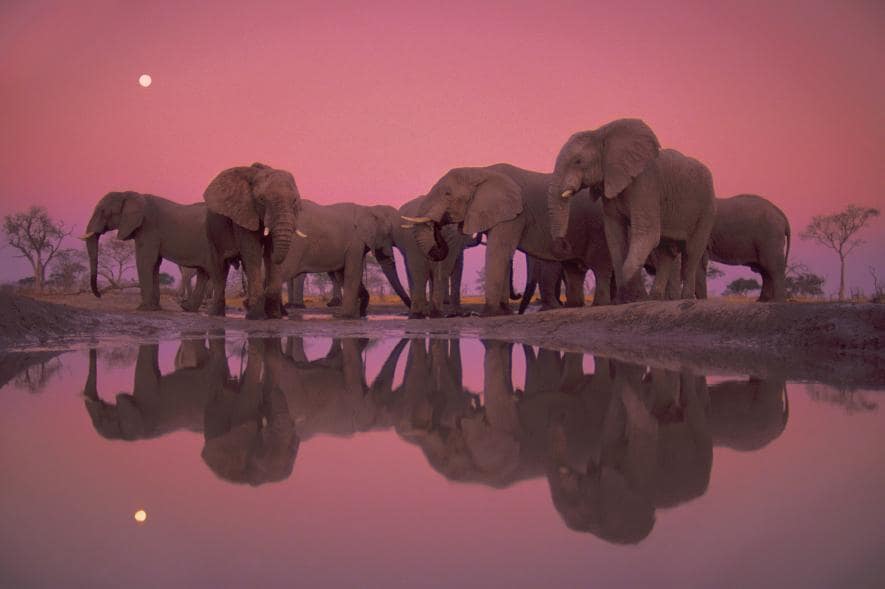 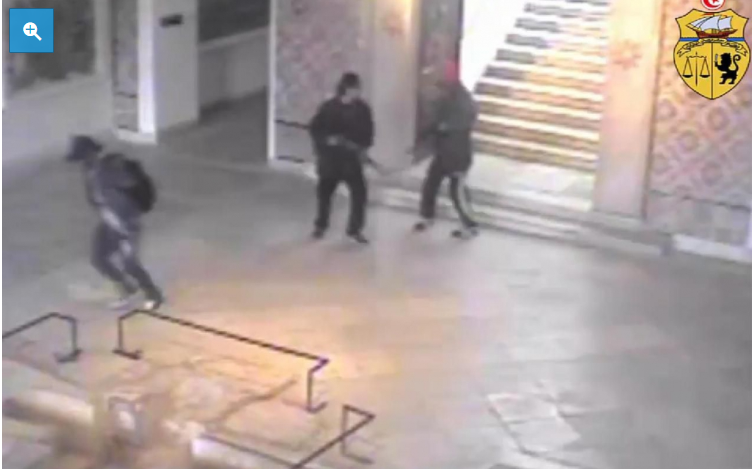 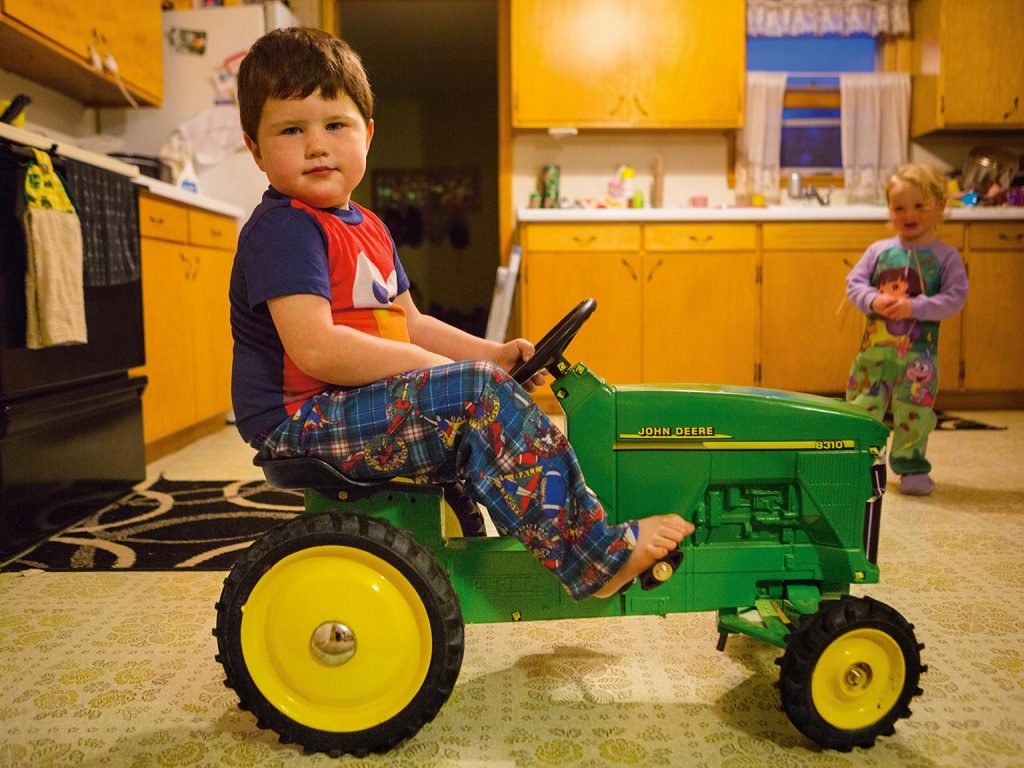 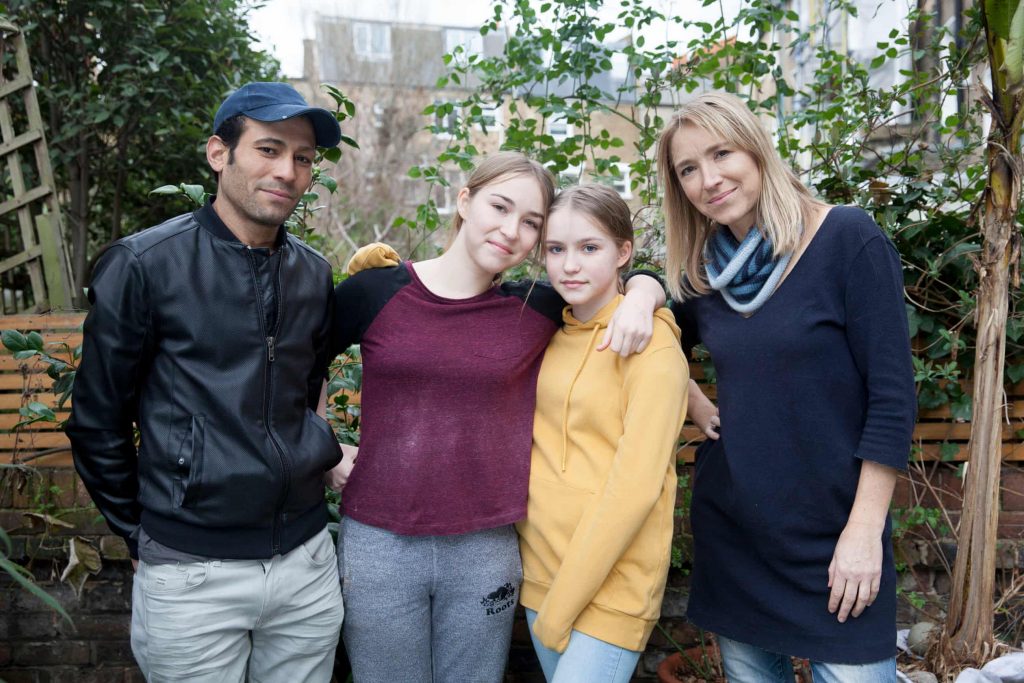 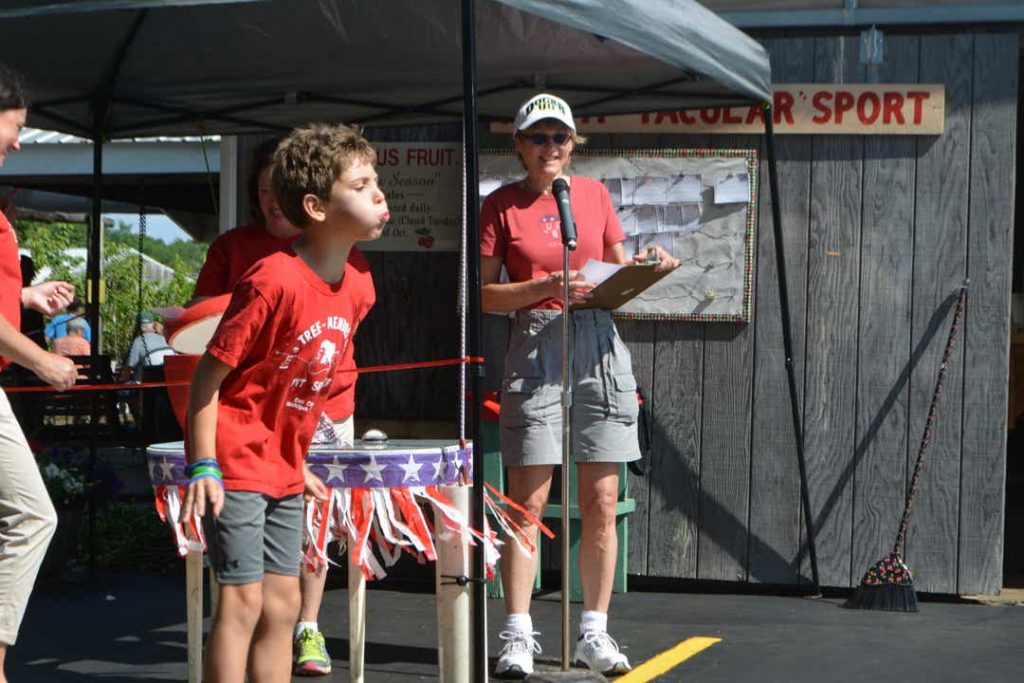 When everyone is finished, ask each participant to read their response, then move on to the second, etc.

The goal here is to show that a photo’s caption has the potential to vary greatly and change the context. Each person may see and feel something different when viewing an image without context. Discuss these ideas.

Now show them the original captions:

Keagan and Cheyenne Deier have the toys and trappings of a middle-class life, but their parents rely on donated foods—typically processed—to feed them. ‘It’s not like we can eat all healthy”, says mom Christina. With junk food plentiful and often cheap, hunger and obesity are now parallel problems.
Source: https://www.nationalgeographic.com/foodfeatures/hunger/ (enter article and launch first image gallery on top left)

Mohammed, 35, from Palestine. Living with Joanne McInnes, an actor and activist, in West London, and on weekends her daughters Malila, 12 and Eve, 14.
Source: https://www.theguardian.com/world/2017/may/08/airbnb-for-refugees-uk-hosts-guests-in-pictures

This will help participants to see the elements in common in all captions.

In general, they specify what’s going on in the scene, and more precisely, the date, place, people present, etc. This exercise also shows the informative details that may or may not have been made up and also the potential biases of the caption. Encourage participants to discuss the relationship between text and image, and the idea that one sometimes can’t be without the other.

Show a new series of photos (below). Participants will need to select the correct caption. For this, give them three choices per photograph. If you have a large group, divide it into two or three. Each group will reflect together, select one response and be able to justify it, based on the information in the text and image. The correct answers are in bold. 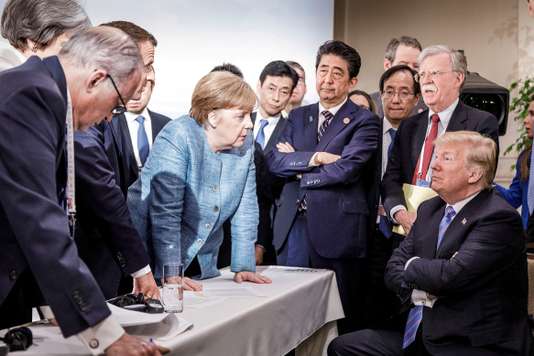 A. A handout photograph from the German government shows a group of leaders at the Group of Seven summit, including German Chancellor Angela Merkel and President Trump, in Canada on June 9, 2018.
B. Angela Merkel stands defiant against Donald Trump at the G7 summit in Quebec.
C. Donald Trump holds his own against colleagues.

A. The boy’s mother, of Russian origin, blamed ‘individualistic’ western democracies for the death of her son.
B. On September 2nd, 2015, the body of three-year-old Syrian refugee Alan Kurdi washed up on a Turkish beach. Alan, his mother, Rehana, and five-year-old brother, Ghalib, drowned together just 4 km from the shore while attempting to cross the Mediterranean to seek refuge in Europe.
C. The Department of Health published its annual statistics on child drownings. 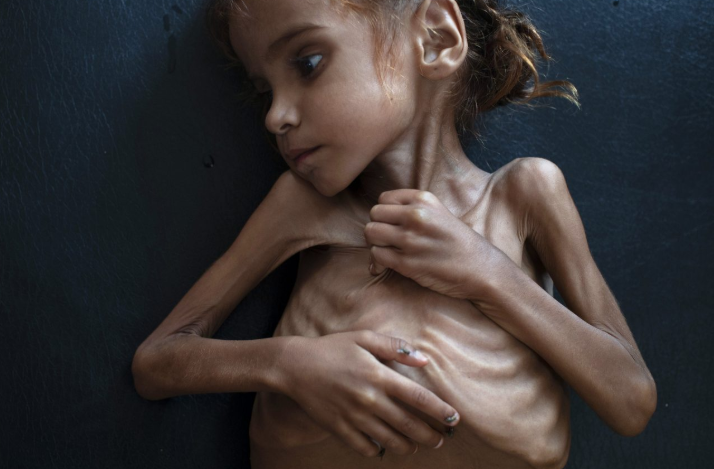 A. Coinciding with the Yemeni civil war, the country has been grappling with a severe famine which has claimed to lives of over 85,000 children.
B. The New York times condemns an unprecedented increase in child anorexia rates.
C. Amal Hussain, who died at age 7. “My heart is broken,” her mother said. 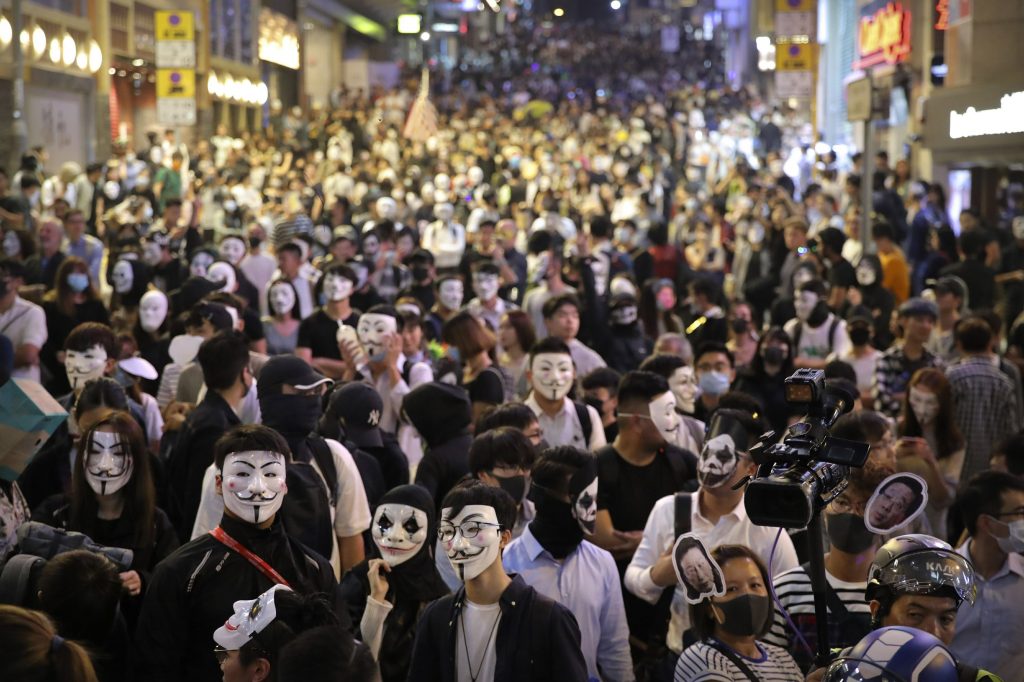 A. People wearing masks gather on a street in Hong Kong, Thursday, Oct. 31, 2019. Hong Kong authorities are bracing as pro-democracy protesters urged people on Thursday to celebrate Halloween by wearing masks on a march in defiance of a government ban on face coverings.
B. The estimations for the most recent street march in Hong Kong vary wildly: the police claim 1500 while the protesters say 300000.
C. Thousands gather for the annual Guy Fawkes convention in Taipei. 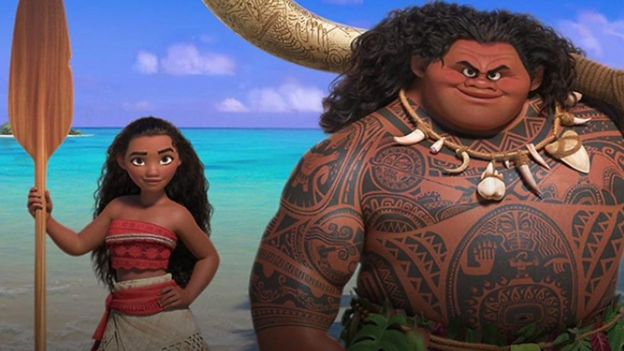 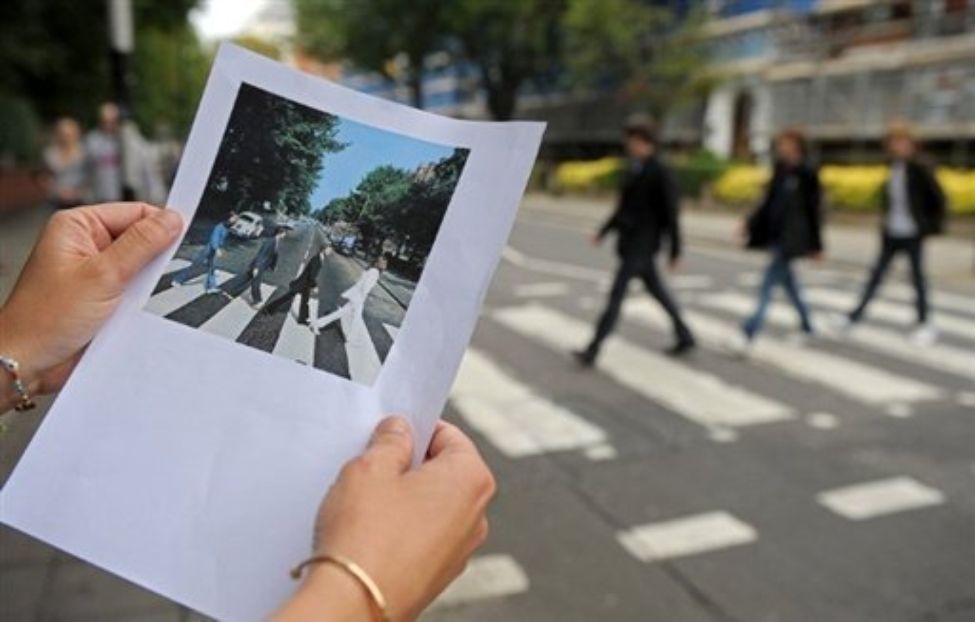 A. Abbey Road has drawn Beatles pilgrims from across the world, with countless fans having walked over the zebra crossing, replicating the picture.
B. The Tokyo Hotels and their legendary crossing at Abbey Road in London.
C. The famous cover of The Beatles’ final album Abbey Road, reconstructed on August 7th 2009 at the same crossing where the Fab Four starred in the original photo.
D. New legislation demands that learner drivers be able to identify zebra crossings. 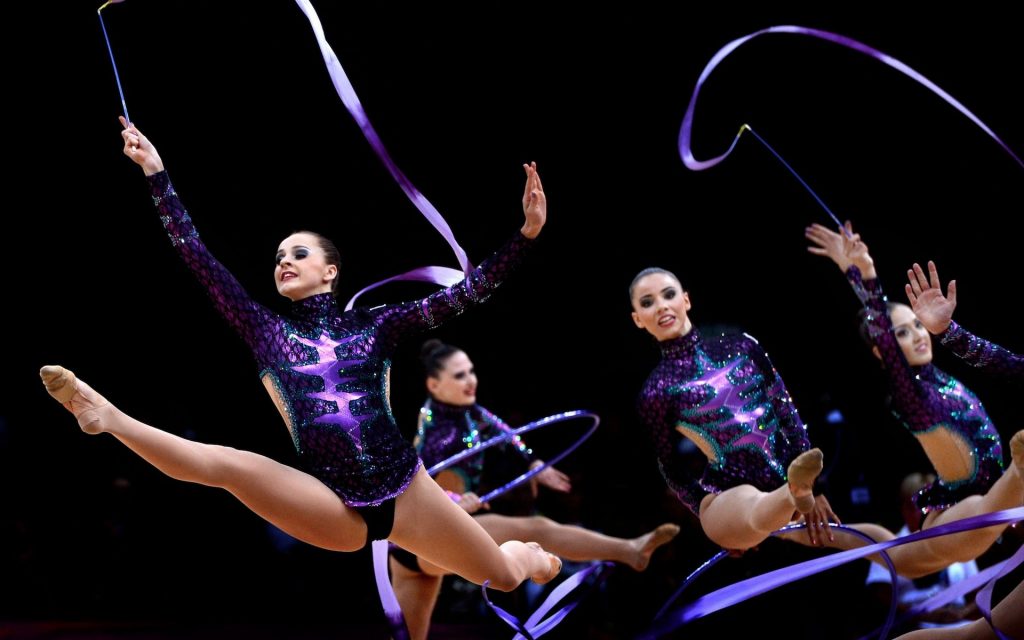 A. Great Britain competed with three ribbons and two hoops during the Rhythmic Gymnastic Group all round at London 2012.
B. Perfect synchronisation to finish off the year.
C. The Brazilian synchronised gymnastic team took home the gold medal at the 2016 Rio Olympics.
D. Rhythmic dancers perform at Milan Fashion Week. 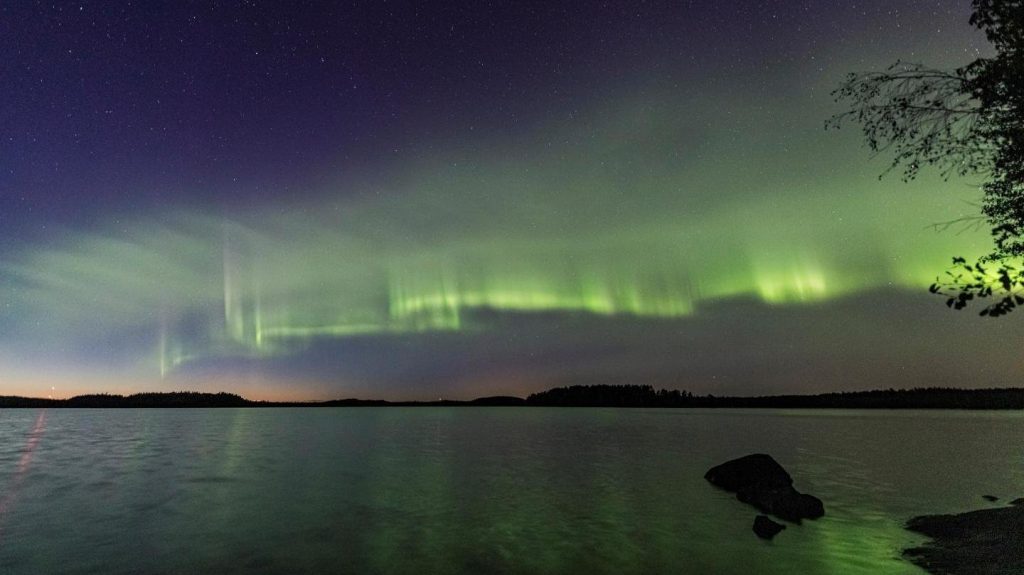 A. In Santa Clause country, magic performs at dusk.
B. The auroral dunes appear as green waves in the sky.
C. A night rainbow falls over Lapland, December 20th.

Here are the photo sources:

Determining the nature of a caption

From the photos in the previous exercise, now associated with their real captions, suggestion these classifications:

Write these categories on a whiteboard/flipchart and discuss with the group where each of the above images should be placed.